Crossing Boundaries is a collaborative research project involving e-government leaders in Canada and around the world in setting and advancing the e-government agenda.

The Council represents a new kind of institution that will act as a champion for the transformation and improvement of governance and government for the 21st century. It builds on the progress made throughout Crossing Boundaries by creating the first elected / public servant / pan -jurisdictional government forum in the country.

The Council will be made up of approximately 40 members, meet three times a year and engage in both National Discussions and Pilot Projects. The first meeting of the Council is set to take place in Toronto on January 19th and 20th, 2004. Read more …

New Study: “Politicians’ Use of ICTs: A Survey of Federal Parliamentarians”
Politicians’ use of information and communication technologies (ICTs) is growing, but to what extent? for what purposes? and by what means? This paper by Kenneth Kernaghan, Professor of Political Science, Brock University, Nancy Riehle, KTA Centre for Collaborative Government, and James Lo, Department of Political Science, Brock University, reports on a new Crossing Boundaries study of the use of ICTs by Canada’s federal Members of Parliament (MPs).

The data presented in this paper are drawn from a Crossing Boundaries survey of federal MPs that was designed to ascertain their use of ICTs, their opinions on e-consultation and online voting, and their use of ICTs as a campaign tool. Survey results suggest that in all three areas ICTs have already had a significant impact on the ways MPs think about and conduct their affair. Read more … 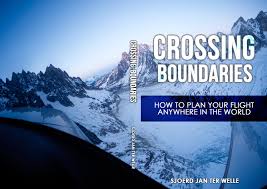